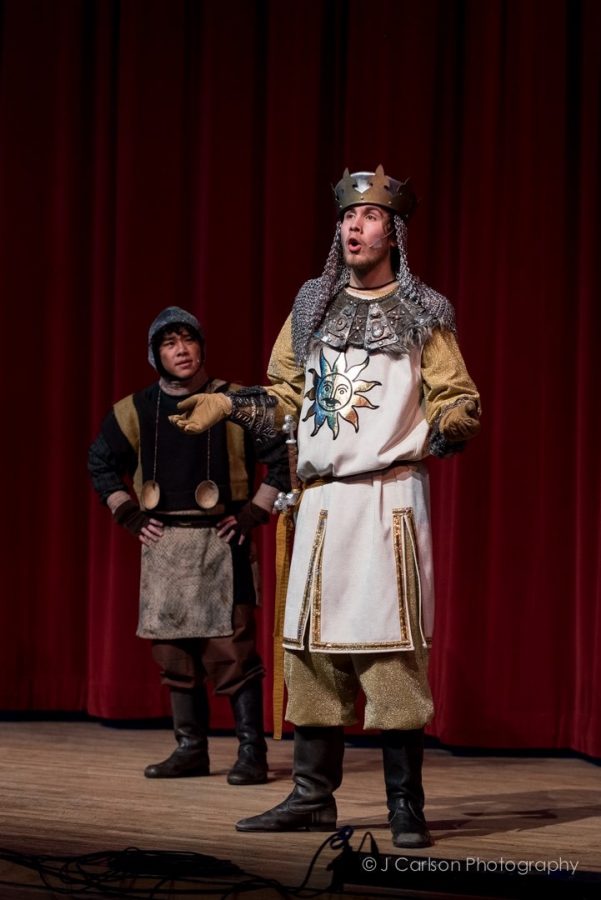 As October turns to November that means that it is almost time for North Drama’s Fall Musical. This year North Drama presents “Monty Python’s Spamalot!”

“Spamalot!” is a musical based on the movie, “Monty Python and The Holy Grail”. So what should you expect when you come to see this musical? Lead actor David Beardsley says, “They should expect a great show with lots of laughs and smiles. It is an exciting show that will make you want to come back again.”

Beardsley, grade 12, has been in musicals at North ever since his freshman year. In “Spamalot!” he will be taking on the lead male role as Arthur King of the Britons. With taking on such a big role, Beardsley says his biggest challenge is, “keeping the energy so that the rest of the cast also feels the energy.” If you’ve ever seen Beardsley perform, you know that he always delivers a high energy performance.

To keep focus on giving such high energy, Beardsley first needs to make sure that he has his lines memorized. “I read them over, say them out loud and memorize the voice pattern in which I say my lines.”

Everyone starts from somewhere, Beardsley recalled his first North Drama audition, “I remember being kind of nervous, but I really wanted to do the show, so I had to remain calm and confident.” Beardsley’s advice for anyone who wants to audition for a production at North is to “try your best and be confident.” North Drama productions are such a fun activity to be a part of, so you should definitely try out for the next one if you’re interested.

In “Spamalot!,” there are many memorable and hilarious scenes. Beardsley says his favorite scene in the musical is when King Arthur gets into an argument with Dennis Galahad. He says his favorite line in the musical is, “The swallow may fly South with the sun, or the House Martin, or the plover may seek warmer climates in the winter. Yet these are not strangers to our land.”