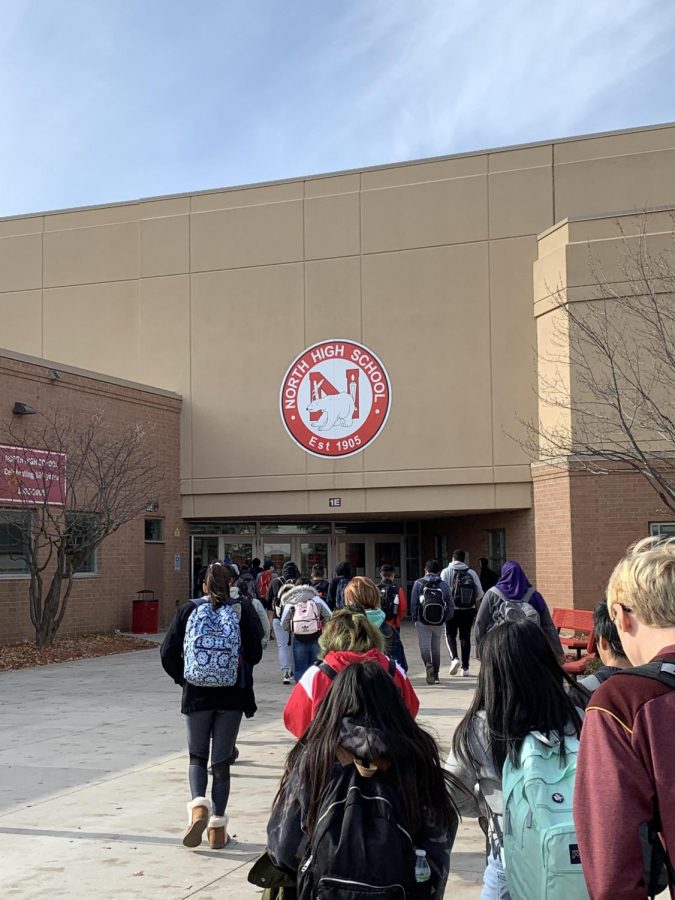 No school is perfect. There are things we love and some things not so much. This week fellow North High students were asked what could be improved about North High.

“Not everyone is going to agree with you about everything, and that doesn’t make them right or you right, learning to live with differences is a huge thing at North.” Ethan Kalin believes that living with differences is what students should have awareness of to make North stronger. Samantha Bonn thinks the same. “I also wish there was less of an overall negative outlook on North and complaining.” Bonn encourages students to have a more positive outlook on North. Jaime Silva says there is unnecessary drama at North. “Students fight over situations that could be easily resolved.” Jaime believes students should be better at solving their conflicts. Student, Maddie Nielsen likes to represent North. She believes other students should want to as well.”I wish there was more school spirit.” She believes that spirit weeks would be more fun and North would have a brighter atmosphere.

Nielsen thinks teachers could develop more personal relationships with their students. “[Teachers could help more by] making themselves available to talk with their students about problems that they deal with outside of school.” “Some students want help but they’re too scared to ask for it sometimes so it’d be nice if some teachers recognized that students have bad days and not everyday is a great one.” Jaime Silva is a student who knows we all have bad days. He says the fear of students asking for help is real. Communication between teachers and students could be easier if everyone keeps that in mind. Kalin also believes that better communication between students and staff could make North better. “ More communication from both sides explaining actions taken and having more relatable adult-student interactions.” Ethan also says teacher made questionnaires to check up on students would be helpful. Samantha Bonn is a student who thinks North has some things to change before it could be at its full potential. “I wish there were fewer teachers who simply give their students the answers.” Samantha believes that some teachers aren’t equipping students with the life or college skills they need when they are given the answers without an explanation.

“It’s got a strange feeling to it when there are restrictions on real simple stuff that we do all the time without permission.”  Ethan believes there should be less restrictions on simple things. Examples of these simple things to Kalin are things like the bathroom pass. He would even like to see more freedom for lunch. Nielsen believes a solution for the bathroom pass dilemmas could be more passing time. She does not think limiting passes work. “I do not think that limiting bathroom use with a set number of passes is a good solution because people should be able to go when they need to go.”

As far as more improvements could go, Samantha believes it would be great if North would start recycling. “Although recycling is more complicated and expensive, and something this small may not seem like we would make a difference, it would.” Bonn says it would set a good example for people. “Starting to recycle can set a role model for families and the area and other school districts, which can ultimately make a larger difference.” Silva believes school funding should be spent wisely. “We could benefit from newer technology that would be used in the classroom and newer editions of textbooks so we are not learning in the style of years ago and learn in the style of today.”

“I think that schools today, compared to the past, do a pretty good job of including everyone and making them feel welcome.” Nielsen says North is accepting of students. Nielsen says it’s also good that North has groups like GSA. She also said there is always room to improve. Bonn is one of many who sees North’s diversity as a strength. “Our school has such a variety of students that any incoming student, with any background.”