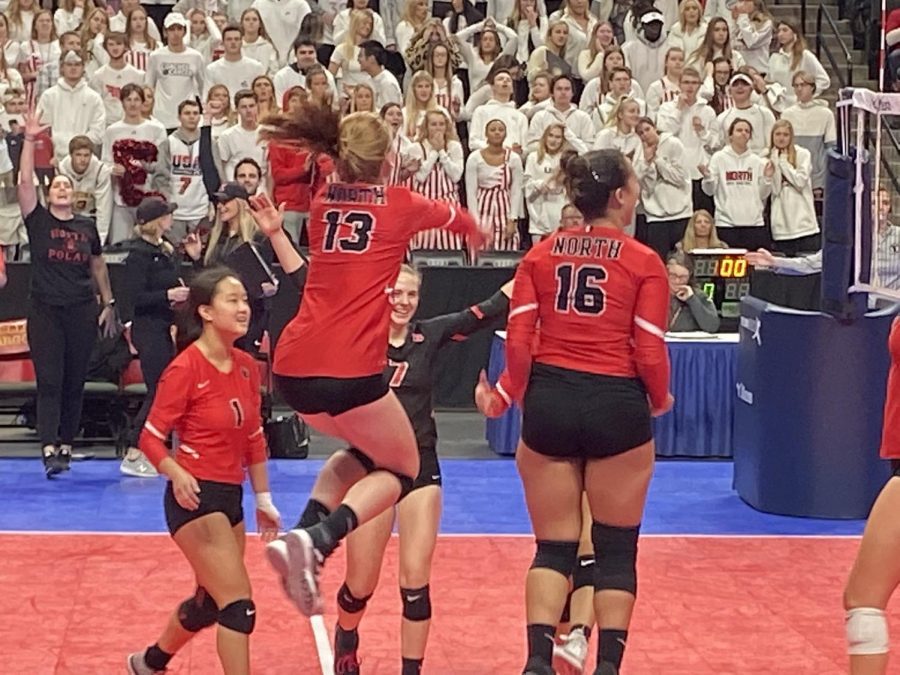 On Thursday, November 7th, North High’s girls volleyball team competed against Lakeville North at Xcel Energy Center in St. Paul. The game was a clean sweep with the girls winning the sets 3-0.

This is the first time that the girls volleyball team has ever made it to the state tournament, so the girls knew they had to hustle if they wanted success. The first set was a close one, but the team used the endurance and hard work that got them this far in the first place. The score was 25-21 with senior, Lauren Stenman with the winning spike. The second set got to be neck and neck. Lakeville North eventually called a timeout when the set was tied 22-22. The second sets’ final score was 25-22 with the winning spike hit by senior, Yaiza Franco.

In the third and final set, the girls made sure to take it up a notch. The last set ended in a score of 25-19. On Friday, nine buses were sent out with students to watch. Although it was close, the girls lost all three sets to Wayzata. They ended up competing for third on Saturday. On Saturday they played against Mahtomedi winning the sets 3-1. The team ended up placing in third. The season turned out to be a great one for everyone at North High, uniting everyone to celebrate how far the girls have come on and off the court this season.