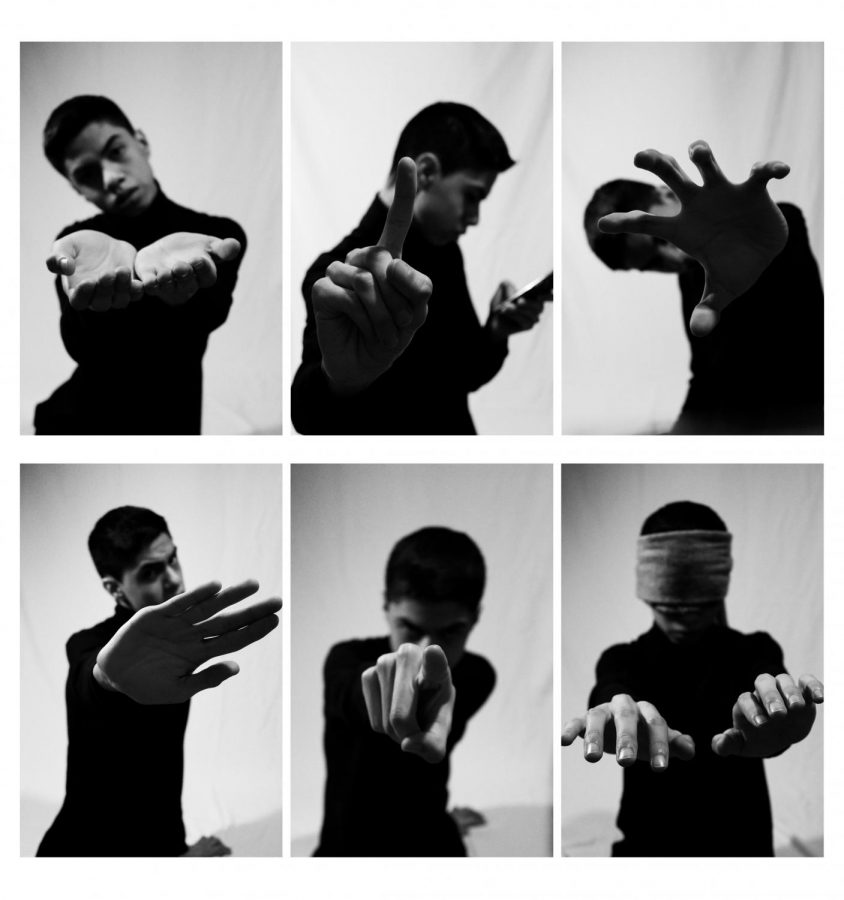 "They Dramatize Everything" by Jaime Silva

There are seven types of visual art that many imaginative and interesting people enjoy in their lifetime. Some enjoy painting, drawing, filmmaking and design. Then there are others who dislike the forms of art not knowing how to explore the way it might make them feel.

According to Jaime Silva, a student at North High School, music artists like Aurora and Melanie Martines influenced him into liking art.

“Their imagery in their music videos is what most inspires me,” said Jaime Silva.

Silva believes that it can be tricky because it’ll eventually have an audience that can interpret visual art in any way they want. Silva did a project last trimester on creating video collages of vintage imagery, and in that moment realized he wanted to do his own work using imagery in photography. Jaime Silva says his Photography II class has made him enjoy a perspective of art even more than he already did while learning a lot about “conceptual photography.”

In addition to enjoying art perspectives, art delights Silva because his “weirdness” can be seen as creativity from another persons point of view. This enjoyment made a big impact on Silva’s life because he says it taught him to explore more beyond basic ideas. However, he does not cherish how people can take art and view or create it into “negativity.”

“It’s all about interpretation so people can take their opinion out of hand and turn it into something else.” said Jaime Silva.

He’s very passionate about getting to display his “surrealist” art. Jaime Silva hopes to be more skilled in pottery (another form of art) because it is very fascinating and interesting to him.

On the other hand, another student at North High that has a totally different view of art. Kyeona Maryweather, another senior at North High, says she believes that her not having an exciting childhood is one of the reasons she is not a fan of art.  Maryweather’s opinions on art are that it’s boring, dull, and has a repetition to it. Her freshman year of high school was when she started taking her first art class. As soon as the projects started Kyeona Maryweather was not having it.

The more she tried to do the work the less interested she became. There was a project where Kyeona Maryweather had to draw a picture of how she saw herself. Her mind was completely blank on the topic and was frustrated at the fact that she couldn’t even imagine what to draw. Maryweather says this made an impact on her life by making it seem even duller from her perspective. She says the only positive thing about art is that it comes in different forms, and there’s no limit.

“I wish I was more interested in art,” says Maryweather at the end of the interview. Art itself is loved by many and disliked by few. Jaime Silva and Kyeona Maryweather are prime examples of opposite perspectives on the topic. Some people are fascinated by all art forms and others not interested. The enjoyment of art can make someone love everything they do and how creativity comes out of what is done.