Boys’ and Girls’ Soccer: Do they have what it takes? 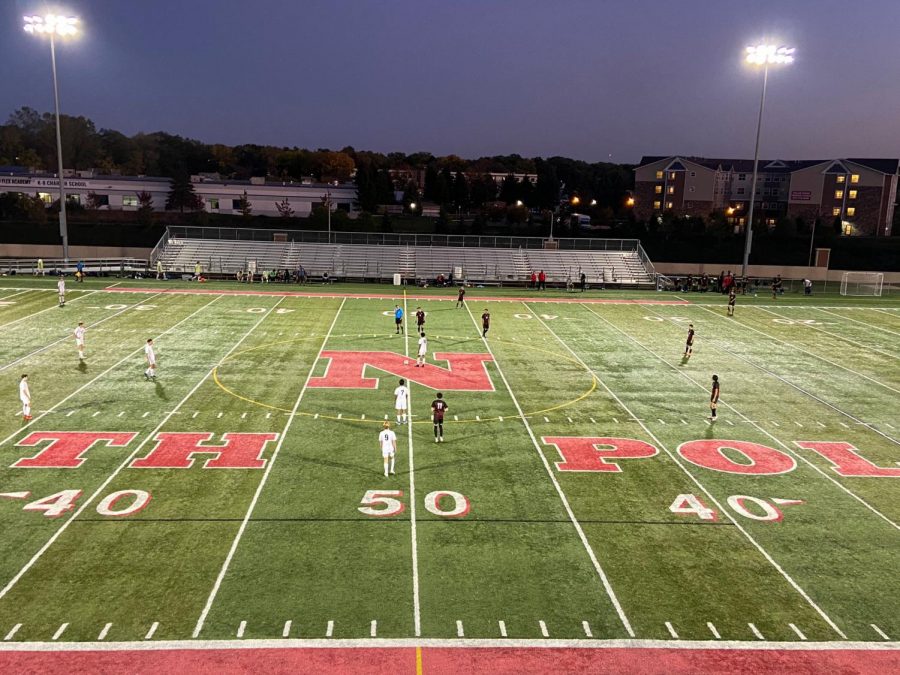 The fall season begins as the boys and girls varsity soccer teams look to bring state back to North St. Paul.  But do both Coach Dan Torrez, with the boys team and Coach Taylor Daas, with the girls team have what it takes to make a post season run?

Both Dan Torrez and Taylor Daas, expressed being very confident in their teams and are both excited for the upcoming season.

“I’m very happy with the team we have this year. We have a mix of returning veterans and a group of new and younger players that all bring individual talent to the team,” said Head Boys’ Coach Dan Torrez.

“Getting to state requires a lot more than just talent. I do believe this team is talented enough, and deep enough to make a deep postseason run. We’re working through a number of different defensive scenarios right now and if we’re able to figure that out as a team then I am confident that we can be very dangerous come playoff time,” said Coach Torrez.

“We are making improvements that potentially if we are able to put all the pieces together for the full game rather than one half we could have a shot. We ultimately want to improve the girls’ knowledge on the field. We want to make sure they are enjoying the game and loving every aspect of it,” said Coach Daas.

With the season starting now this September, it’s gonna be a big test for both teams as the season will reflect how they will do once state comes around. Hopefully both teams can have a good season and show improvement throughout  the conference, section, then state. Good luck to both boys and girls varsity teams as well as the head coaches!